OfficePlace of Middletown has renovated its meeting rooms to conform to CDC guidelines to prevent the spread of the coronavirus with the company’s “Safe Six” initiative.

MIDDLETOWN — A Middletown-based office solutions company has adapted its layout to create safe spaces for employees who aren’t yet comfortable with or unable to return to their workrooms due to the coronavirus.

OfficePlace, located at 515 Centerpoint Drive, on the Cromwell line, is easily accessed via Interstate 91.

The firm, which began operations about six years ago, has reinvented its meeting and conference rooms to comply with Connecticut’s COVID-19 prevention and social distancing guidelines, according to operations manager Lennie Leibenhaut.

It was created to meet changing work environments, so staff could show up for long or short periods of time — ideal for a commuter or those otherwise unable to be in their office, Leibenhaut said. He came up with the COVID-19 safety protocol concept. The service is called “Safe Six,” referring to the space between each station.

Personal desks are arranged six feet apart, and business professionals are required to wear face masks in the common areas. Those conducting meetings in a socially distanced manner can remove their face coverings. Rooms, which can accommodate various numbers of people, can be reserved hourly, for a half- or full day, as well as weekly or monthly. Each is fully furnished, with Wi-Fi, videoconferencing, a kitchen, and extras such as copying and printing services and unlimited calling.

“It’s very cost-effective,” Leibenhaut said. Two-person offices also are available for rent. “Middletown is in the middle of everything” in Connecticut, making it the ideal location for the business, said marketing and sales manager Dave TenEyck of Middletown.

“Middletown is like the capital of Middlesex County,” said Leibenhaut, whose customers come from throughout Central Connecticut and the Shoreline.

Pre-COVID, these rooms were extremely popular, he said. During the pandemic, OfficePlace remained open because building tenants in the insurance, health care and engineering fields were deemed essential, TenEyck said.

“Our meeting room business, which was great and strong, had to temporarily halt,” he said.

With some restrictions easing up, OfficePlace was able to make these accommodations, which have drawn the likes of Fordham University students and professors who needed to video conference with others in China, as well as professionals from Boston.

“We have to make sure every surface is sprayed and wiped down after the meetings,” TenEyck said. Some of those who avail themselves of the service are meticulous about doing the same when they arrive. “We have several people who vacation here to visit their families. One of the family members goes to work every day at OfficePlace, while the other family visit one another,” Leibenhaut said.

“Everything goes: a road warrior who comes off the road and has three to four hours of downtime. In the old days, they’d maybe go to Starbucks, which they can’t do anymore. This is more formal and conducive to (the current situation),” Leibenhaut said.

The two hope to entertain even more business once the Marriott is built on Route 372 in Cromwell, and a new Starbucks opens at the intersection of Industrial Park Road and Route 372 in Middletown, Leibenhaut said.

Clients also can have their events catered, or can order from a number of nearby restaurants, including Red Fox Restaurant and Westfield Pizza.

“It’s a solution to spend a few hours or a day without encroaching on others, which is perfect,” Leibenhaut said. It’s particularly useful for managers or others, such as young people, who feel safe returning to an office setting, he said.

“It’s so right-on for the time. As far as we can tell, from what’s out there in the market, we are very innovative, on the leading edge on both the safe seating, and taking advantage of the rising interest in the Zoom meeting concept,” Leibenhaut said.

After being cooped up for months, most people are missing face-to-face interaction, TenEyck said. “Instead of Zooming from home, they feel the need to get back together.”

He’s become much more productive than when working from home, practicing social distancing. Networking with people from all sectors of the business community in a safe setting has proved very valuable, TenEyck said.

The two men expect to incorporate these health and safety measures for at least the near future.

“We’re adapting always to changing times so it remains to be seen what’s going to happen,” Leibenhaut said. 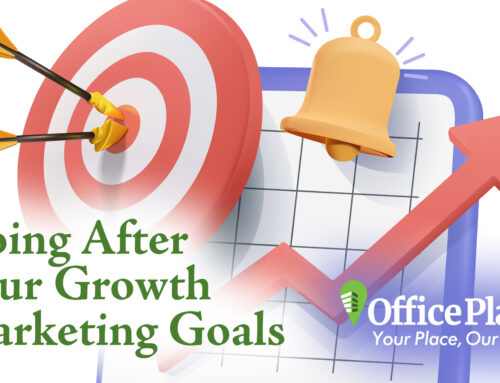 Going After Your Growth Marketing Goals 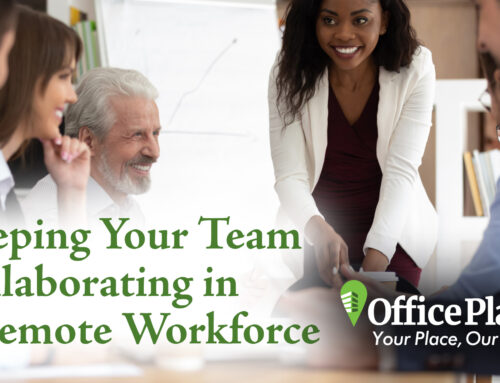 Keeping Your Team Collaborating In A Remote Workforce 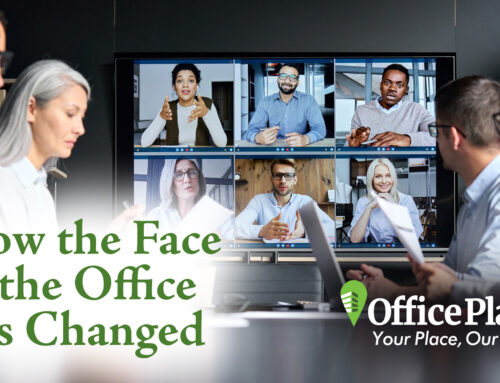 How the Face of the Office has Changed

We are happy to answer any of your questions.